It’s been a few years since WhatsApp is an integral part of your daily life, as well as that of hundreds of millions of people around the world. The application, bought by Facebook for more than 20 billion dollars in 2011, continues to evolve with updates. Recently, the application launched a new service of proxy servers around the world, so as to allow everyone to access WhatsApp, even in the event of an interruption in Internet access (or censorship).

Face to face, with myself

Indeed, to share a shopping list, a reminder or to facilitate the transfer of photos and videos, the WhatsApp application allows you to send messages. Obviously, the advantage of this feature is the synchronization on the devices, which allows you to find a message or a photo on another device linked to the WhatsApp account. 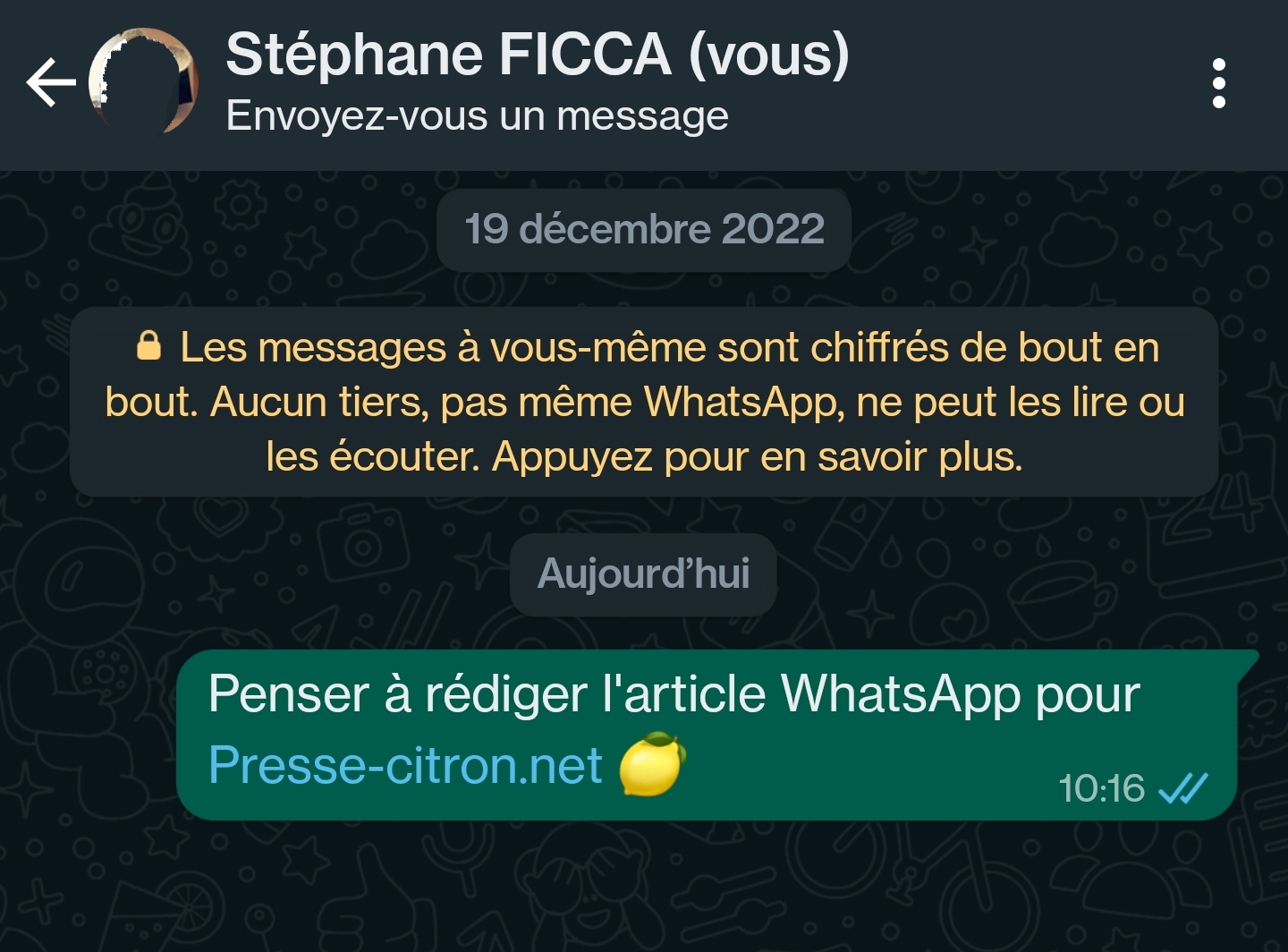 To do this, you must open a new discussion, and select your own name/phone number from the list. From then on, it will be possible to start a discussion with yourself, which makes it possible in particular to create very accessible reminders, which is moreover by pinning the discussion in question at the top of the list. Meta is responsible for specifying that the exchanges sent to oneself are also end-to-end encrypted. In this way, no third party is able to read or listen to them.

Of course, it is important to specify that many other applications offer a similar function, like Facebook Messenger, Instagram, Slack or Microsoft Teams. A feature that may seem relatively anecdotal in appearance, but which can nevertheless be very useful and practical for many reasons, starting with those mentioned above.

On the availability side, this new feature of “message to myselfhas been gradually rolling out to WhatsApp users over the past two months and appeared in the patch notes for the latest version of the app, rolling out this week.

In other words, if your app is up to date, chances are you can start chatting with yourself now.