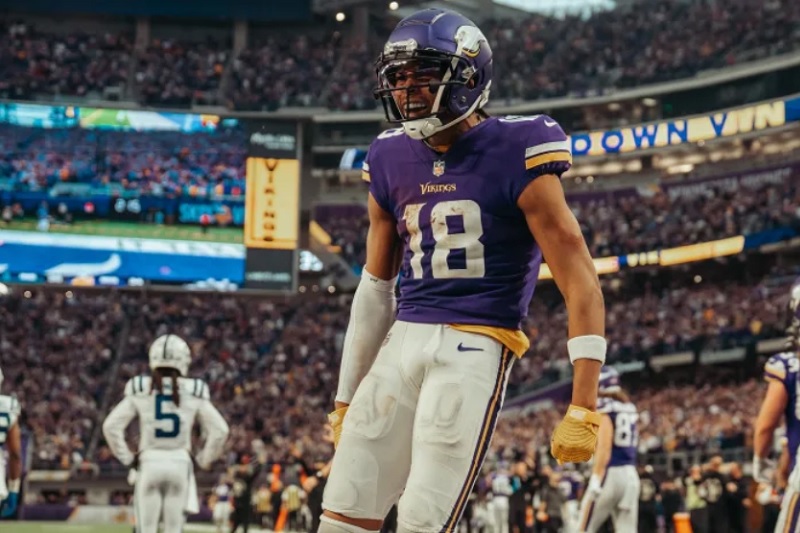 More prestigious than the Pro-Bowl selection, whose voting is mainly a popularity contest, the Associated Press All-Pro selection is an opportunity to honor the best players of the season.

Heavy for the 2022 vintage which will have seen some revelations such as Sauce Gardner (CB, Jets), first rookie cornerback selected for 41 years (it was Ronnie Lott during the 1981 season) or even Talanoa Hufanga (S, 49ers).

Of all the players selected, only Travis Kelce (TE, Chiefs) and Justin Jefferson (WR, Vikings) received 50 out of 50 First Team All Pro votes. Patrick Mahomes (QB, Chiefs) failed 49 out of 50 votes, with one vote going to Jalen Hurts (QB, Eagles). Same punishment for Nick Bosa (DE, 49ers) and Chris Jones (DT, Chiefs) who go to a vote of unanimous choice.

27 AFC players against 29 in NFC, the balance sheet is almost balanced. Sign of a season rich in new talents, 16 of the 28 players selected for the first team are for the first time.

As for the big winners, the podium consists of the Chiefs, Eagles and 49ers tied with 6 selections each. No selection, however, for the Cardinals, Seahawks, Panthers, Bengals, Jaguars, Colts, Texans or Bears.